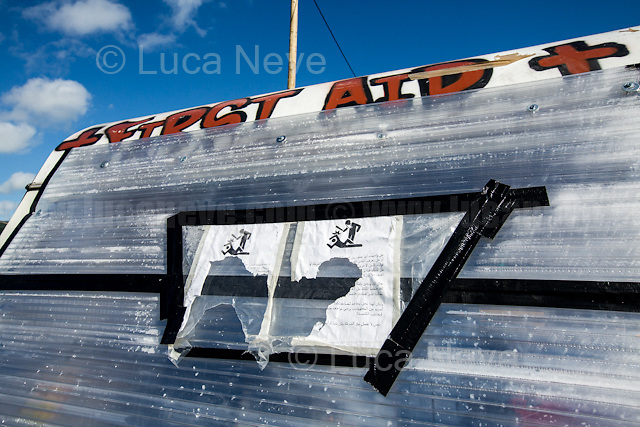 Download Add to Lightbox
Before the first aid camp ended its working day, Abu Bashir showed up with a big bag of medicines he was given during his time in the Jungle saying: <<Please Zekra take this medicines and give them to the doctors who can use to help other People who need them>>.